Part of the 2021 Oslo Sculpture Triennal

Skiftninger is a temporary installation in an exhibition space in a metro station in Oslo. It is a three dimensional installation consisting of suspended ribbons, where the depth in the room is used to create a volume. The straight lines have a geometrical expression, but when a metro train approaches the station, wind from large fans makes the installation move and the lines bend. The direction the installation blows is determined by the metro train’s direction.

This work can represent both the people waiting on the platform and the metro station’s rhythmic pulse of inactivity, arrival, boarding, departure, then again inactivity.

Our sensory faculties are adapted for being surrounded by nature, with great diversity in forms and overlapping lines. In a city, we are surrounded by grids and parallel lines, and because these deviate from what our bodies are adapted for, they are more difficult to visually process. The synapses (links between nerve cells) work harder and cause our brain to use more oxygen. This in turn can trigger migraines and epileptic seizures.

Skiftninger is a kinetic representation and exploration of variation and change between the geometric, manmade repeating lines we find throughout our urban environment, and soft and moving organic lines that resonate more with the natural environment.

The wind machines that set the installation in motion are controlled using real-time departure data from the metro service’s pubic application programming interface (API), which is translated to DMX control signals by a simple Node-Red program.

The project is supported by KORO – Public Art Norway. 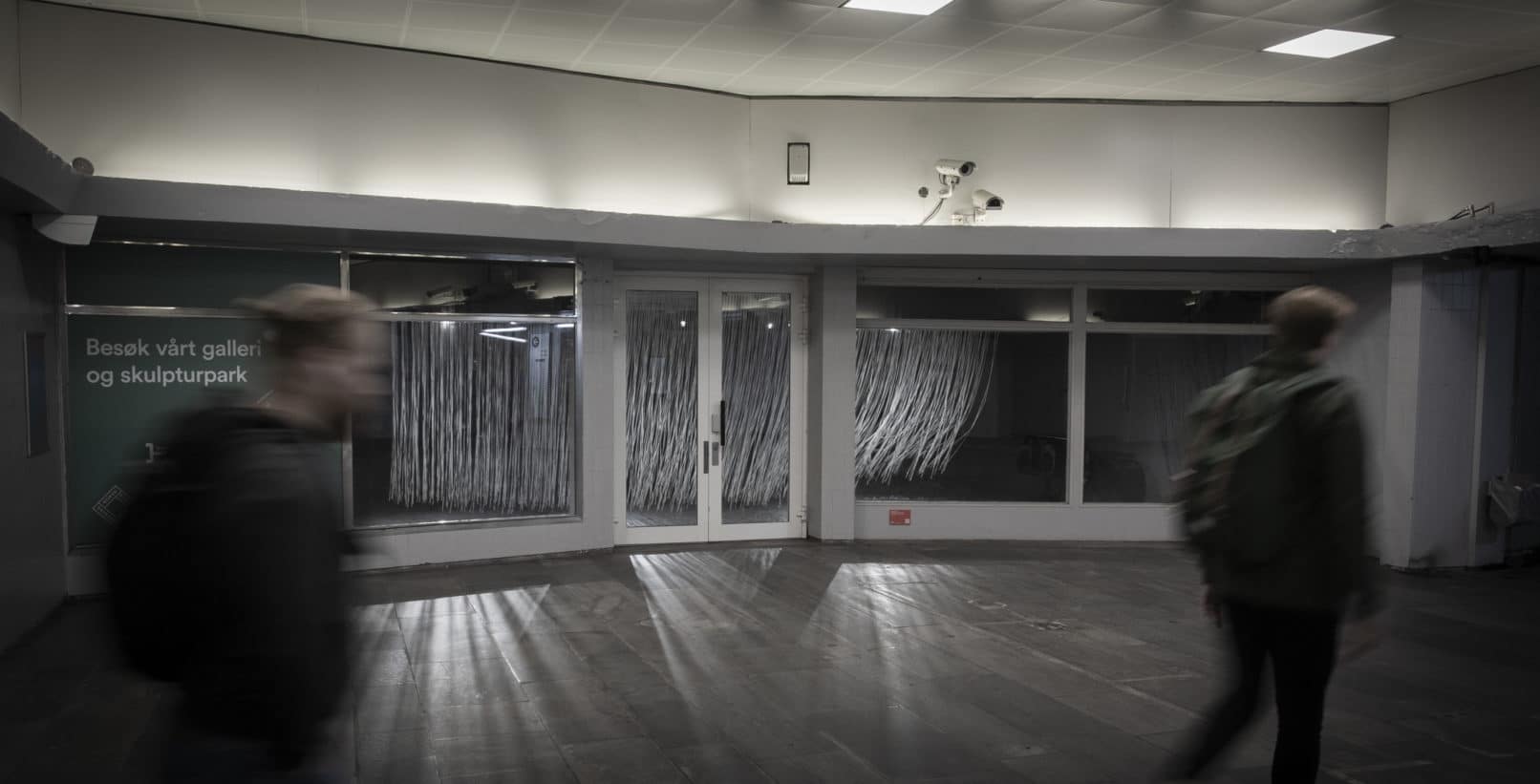