Lighting design for the performance Skaut by the dance company Frikar. The performance revolves around themes of gender roles, traditions and clothing. Frikar decribes the piece as follows:

«What is considered feminine and masculine behaviour when dancing? What happens to the outdated and old-fashioned gender roles when there are only women on-stage? These are questions that choreographer Hallgrim Hansegård asks in Frikar’s new production Skaut.

In Norway and other parts of the world, clothes and physical work has traditionally been different between women and men. Regarding clothes and headwear, Norway found that the hijab entered where the traditional Norwegian head covering, skaut, faded out. The reflection on traditional head covering is in centre for Skaut, which consists of five female contributing dancers.»

The lighting design explores contrasts in intensities and colour temperatures, and also includes custom-built illuminated Halling staves. Wooden staves are traditionally used in some kinds of Norwegian folk dance, but for this occasion they were replaced with battery-powered internally illuminated Plexiglas tubes, which are both used choreographically and spatially, creating zones of light and darkness when moved around on stage by the dancers. 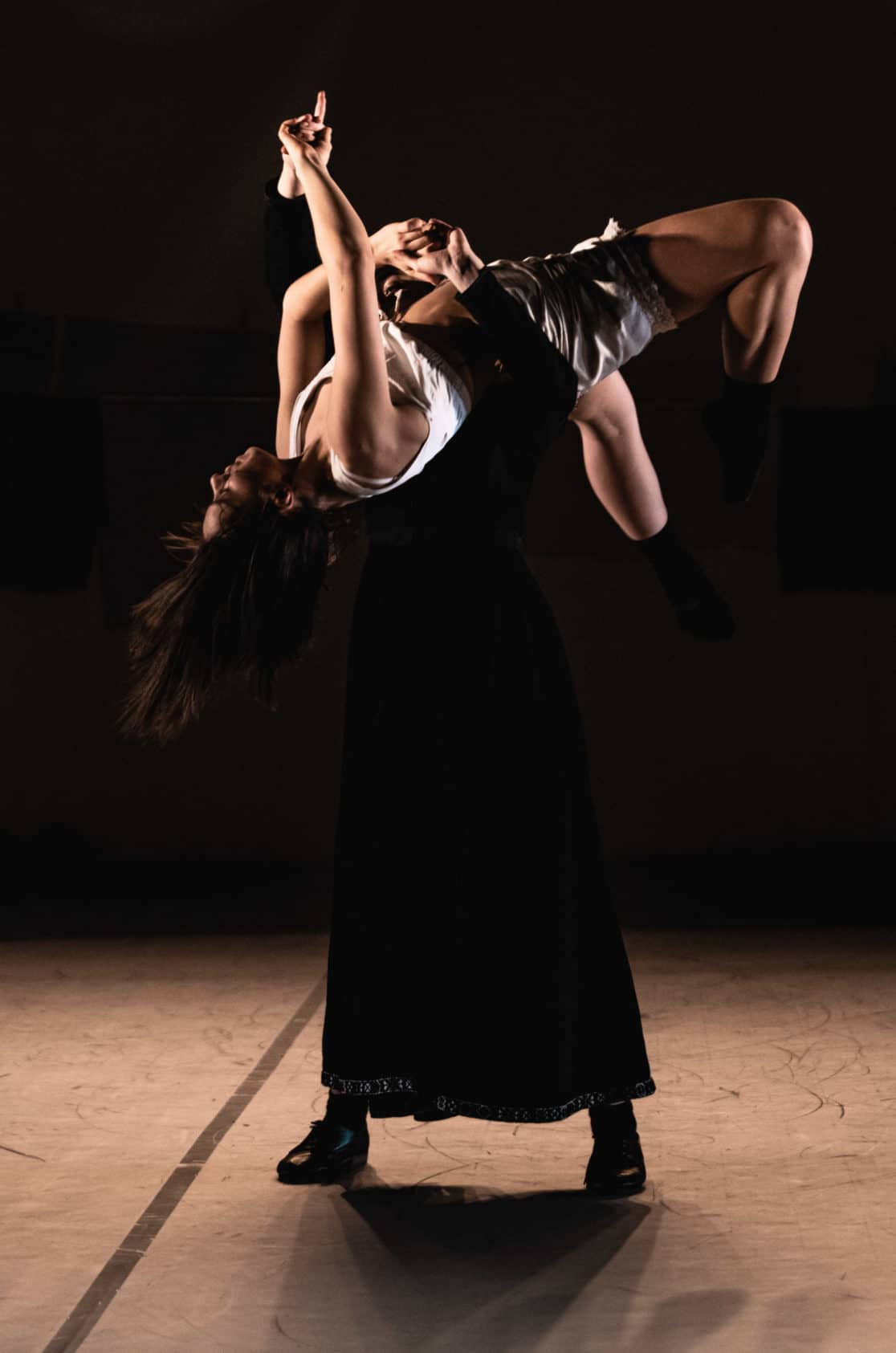 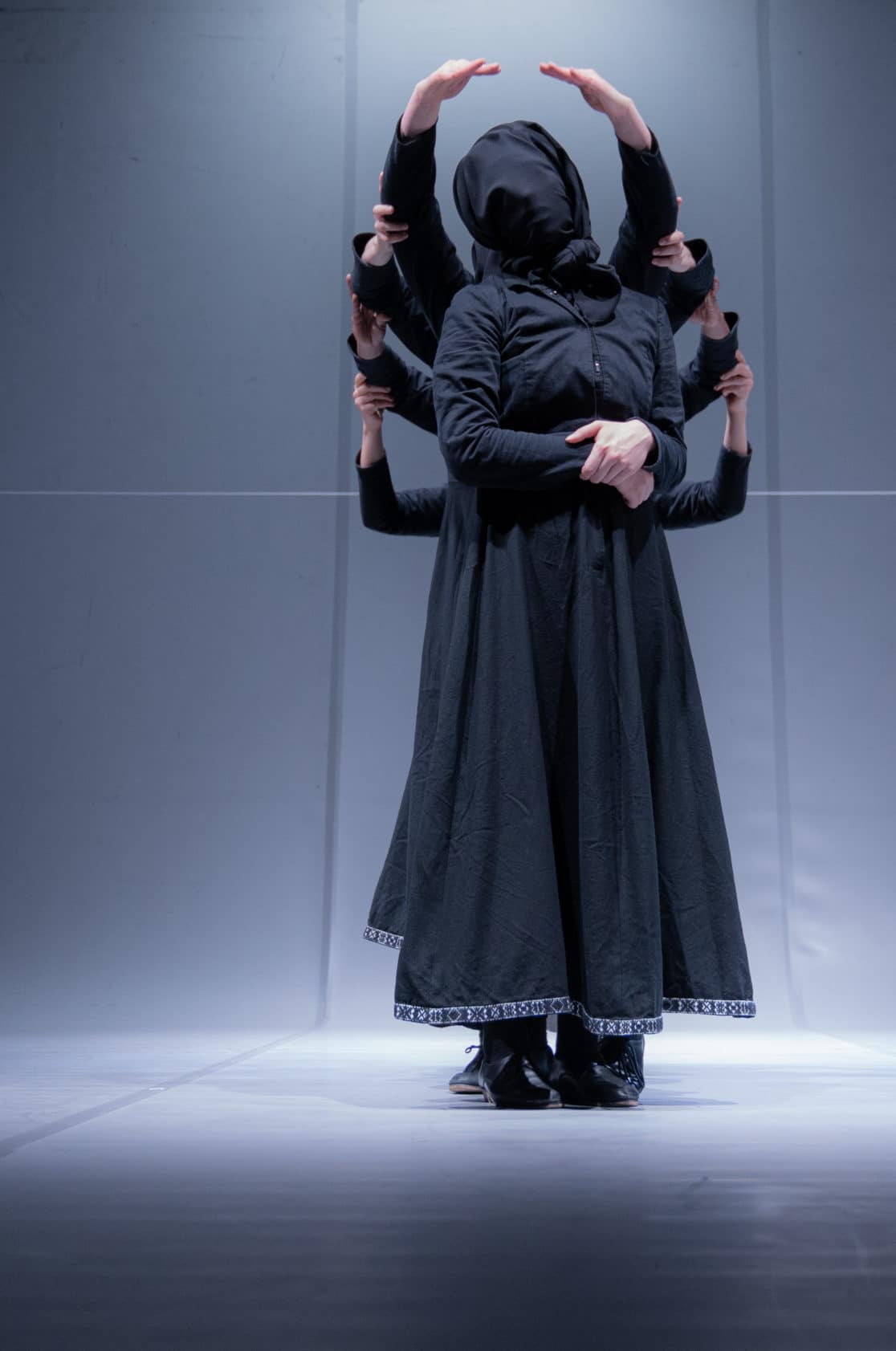 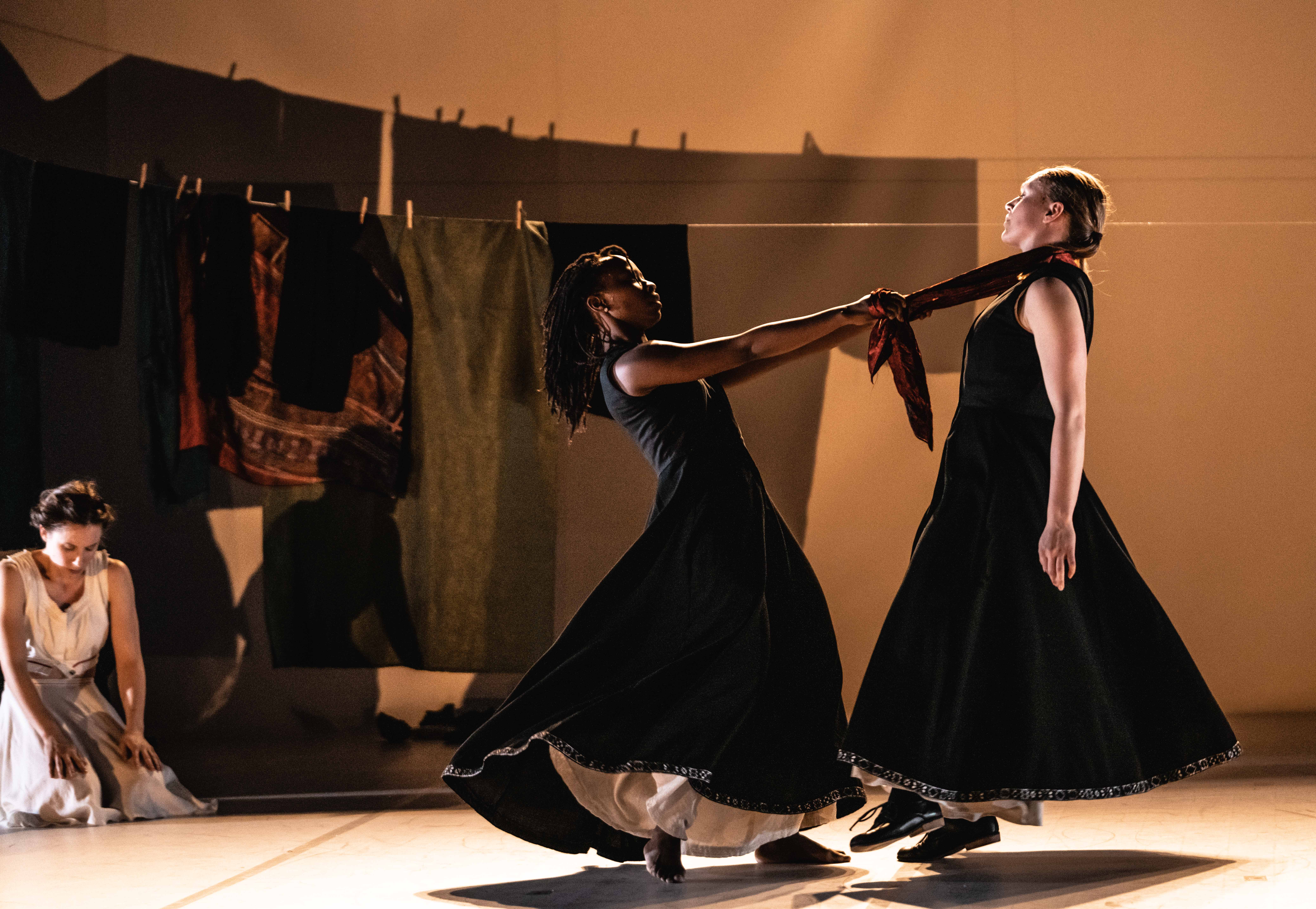 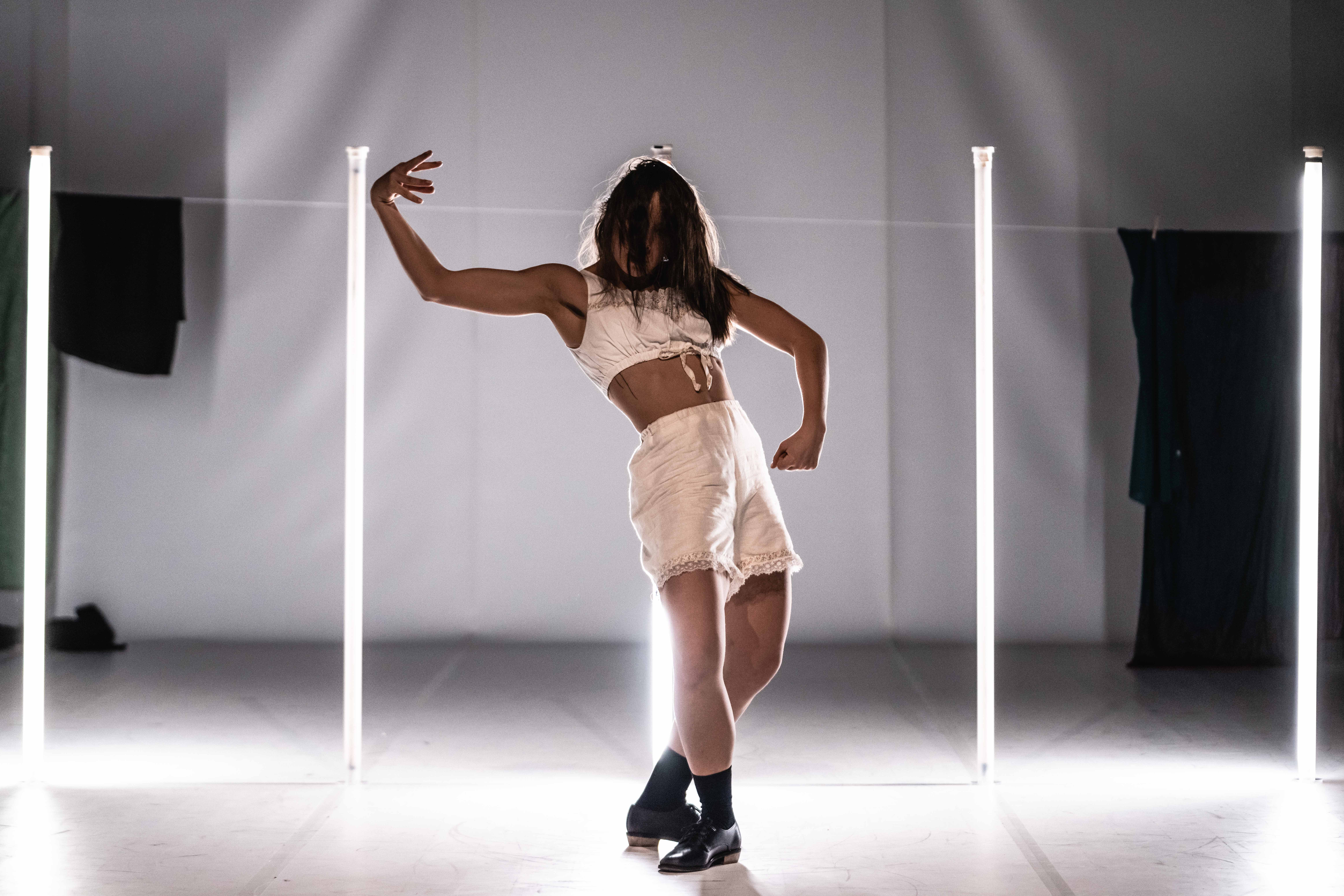 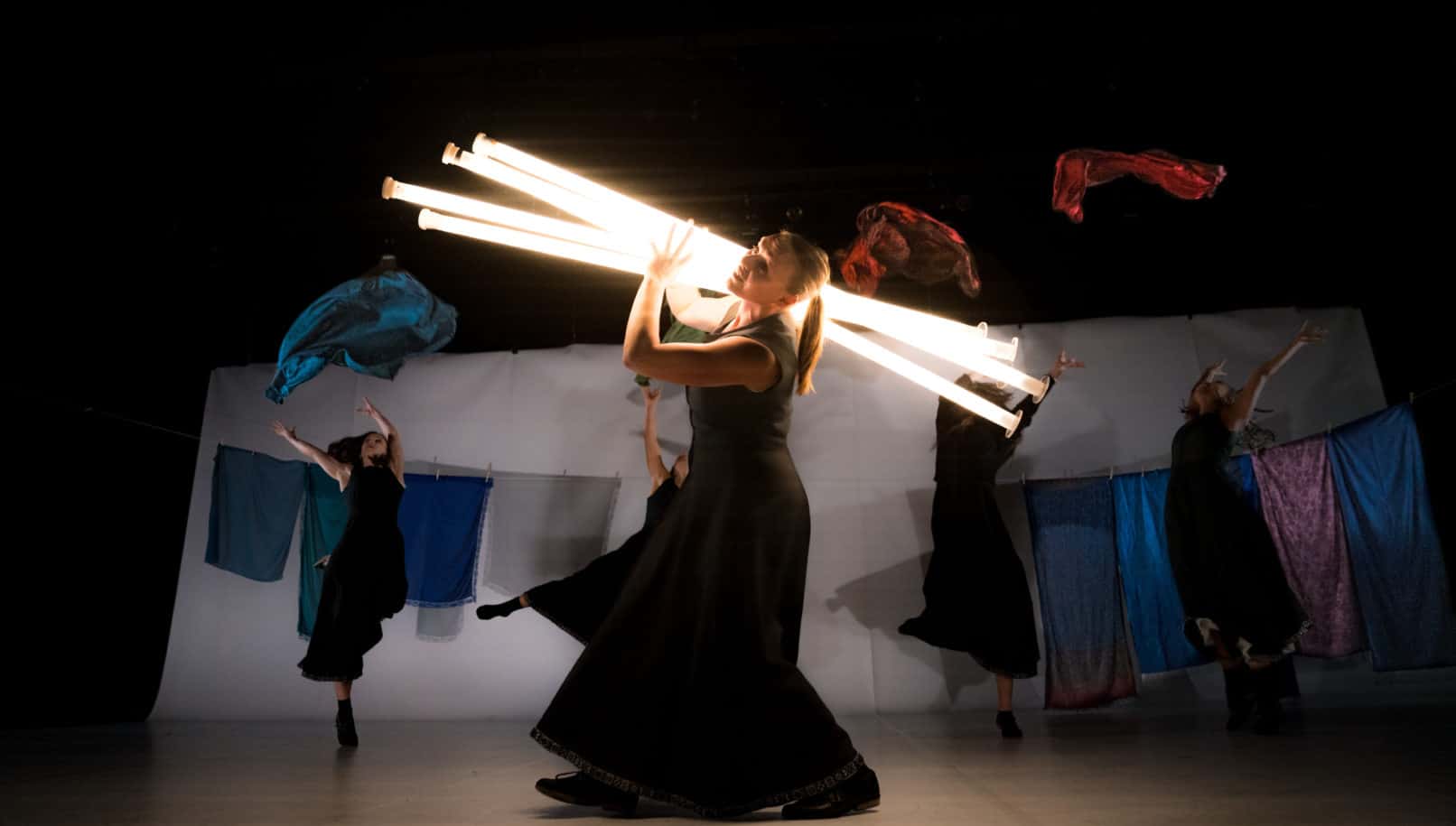