«Absence of Presence» was an interactive installation experienced by passing pedestrians through large storefront windows at street level in Grønland, central Oslo. The installation consists of seven light sculptures made of internally illuminated microfibrial cellulose. The sculptures were initially moulded to identical, cylindrical shapes, but through the process of drying, they transformed to unique and completely unpredictable shapes. Biological materials such as feathers, seeds, lichen and pine needles were embedded in the surface of the sculptures, visible as silhouettes when backlit.

A thermal camera sensed the movement of people nearby. The installation would glow and sparkle, but if a person approached to take closer a look, the light would «move» away from the spectator, retreating back into the space – as if it was trying to keep a proper distance. As the light faded, the creased texture of the cellulose and the silhouettes of the embedded objects became invisible.

The installation can be seen as a reflection on the new normal during the Covid restrictions: how do we cope with the distance between people? It can also be interpreted as a reflection on how we as humans repress the nature which surrounds us. 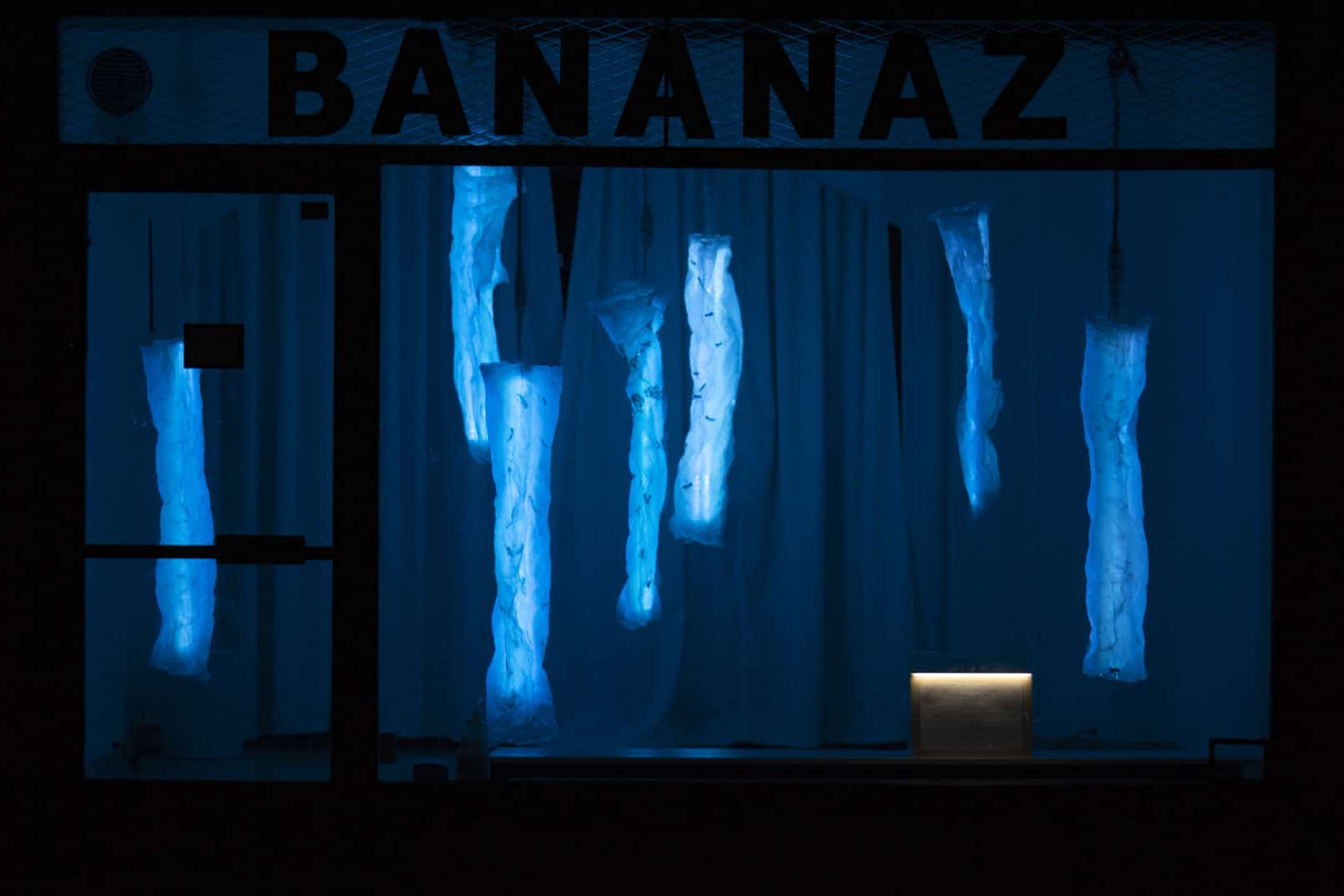 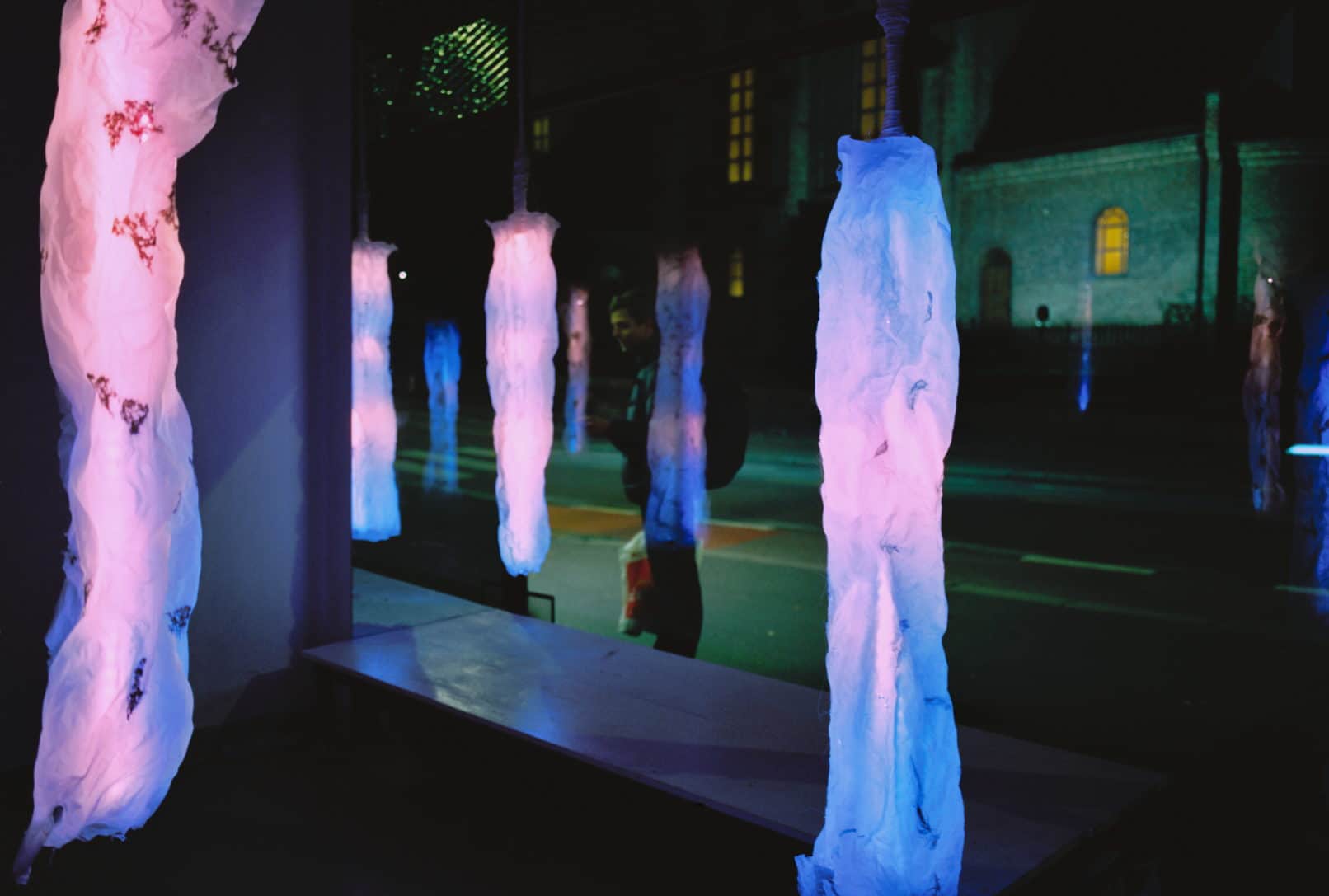